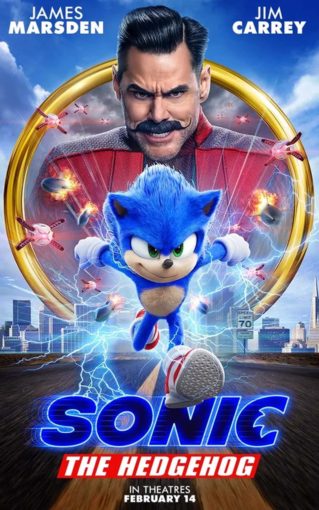 For my first Supervisor role, I traveled to the far east all the way from London to find myself in one of the most amazing cities I have ever been to; Tokyo.

Marza Animation Planet was amongst the companies tasked with bringing one of the most iconic game characters in history to life. The blue hedgehog many of us grow up with, a creation of SEGA; Sonic.

Marza is a fairly well-known company, having done projects such as “Space Pirate Captain Harlock” and more recently “Lupin the Third”, were challenging themselves in doing their first live action VFX project. An ambitious desire backed by a mixture of amazing local talent and international experience support led by VFX Supervisor David Nelson.

This is being the first VFX project for Marza, my reposnibities as Compositing Supervisor covered a larger area from creating a composting pipeline, setting up tools and templates and bringing the quality of the work both creatively and technically up to the feature film standards. A task that was made easier by having a good team, a veteran supervisor and fantastic pipeline support.

We delivered nearly 100 shots, out of which was also a full CG opening sequence of the film taking place in Sonic’s world. The challenge with this sequence was creating a mixture of a game and photoreal environment. This backstory part was very well recieved by the fans and became one of the highlights of the movie  for many.

I’m immensely proud of what everyone at Marza were able to accomplish and touched by their dedication and hard work. There are already talks of the sequel given the financial success of the movie and I look forward to see where the blue speed ball goes next!