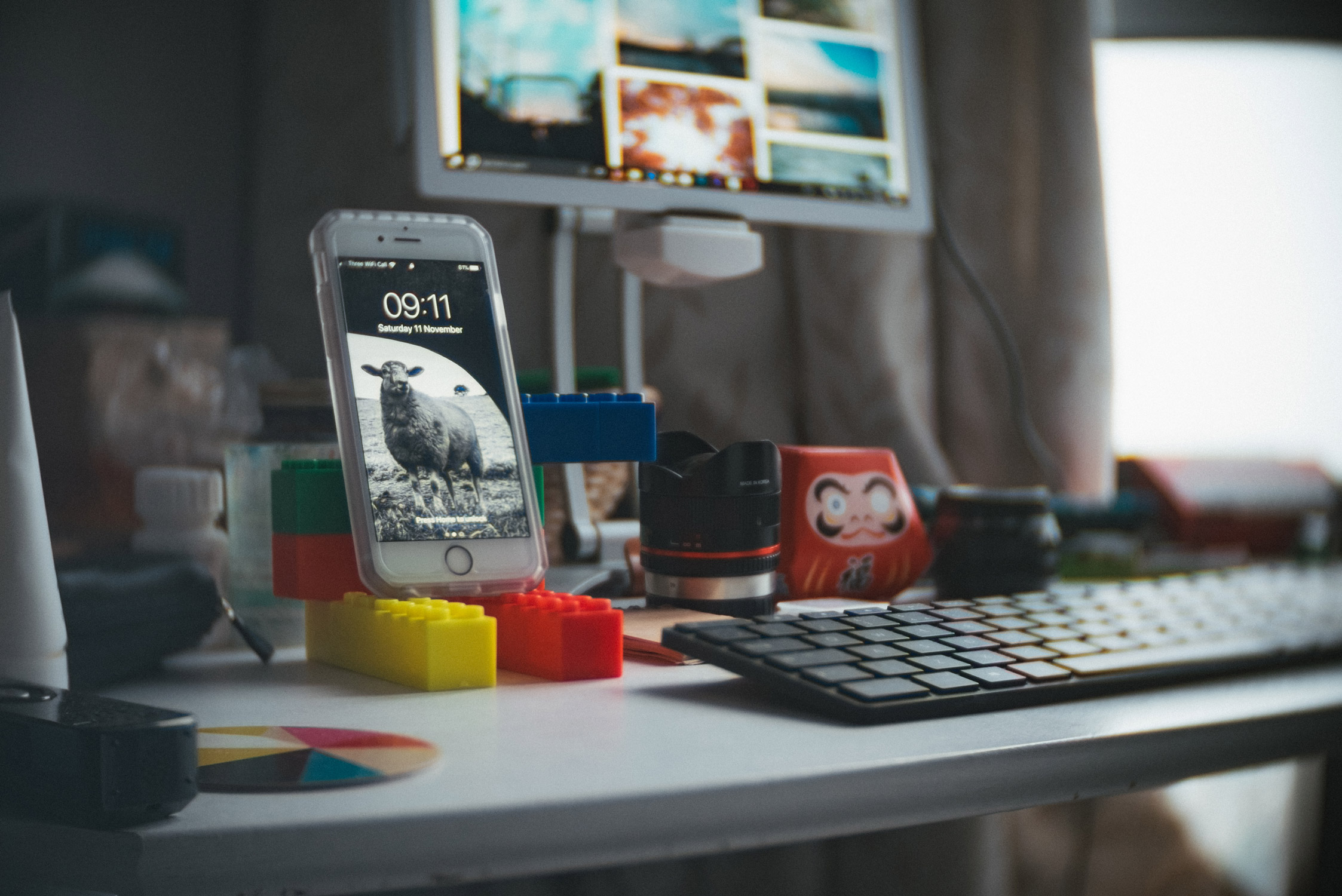 In the past couple of years it has become increasingly difficult to choose a new device to buy or to upgrade to from the older devices. The relationship between the design, new features offered and price is broken. Companies keep raising prices while offering less! In many cases ever removing some of the accessories that used to be bundled with them. ( e.g. Microsoft removing the pen from Surface Pro line, Google not including any earphones with Nexus 2)

What always set Apple products apart from the rest for me was the immaculate design and that alone was so appealing that I finally overlooked the limitations of Apple’s closed eco system and left Google’s Nexus for iPhone 6.

iPhone 6 was Apple’s departure from the 4inch display form factor. It was beautifully designed, although I could never quiet settle with the camera bump and the became what stopped me from buying any of the new iPads! As a technology enthusiast, I used to buy a new smartphone every year but that changed when iPhone 6s was revealed and the competition, mainly on the Android side still didn’t have anything conniving to offer. iPhone 6s had the maintained the same design which included the good old camera bump. I was still happy with my 6 so for the first time in years I didn’t upgrade.

Anticipating the next iteration of iPhone the following year and watching closely over LG, Samsung, Google (and yes I am still dismissing the liked of Huawei, Xiaomi or One Plus as I don’t feel they are planning anything long term yet and lack of 3rs party accessories support poses a big issue), iPhone 7 came with again the same design, although that’s ok if it was a true refinement, and a shocking revelation; the omission of the headphone jack. I do appreciate Apple’s vision of a wireless future but we are clearly not there yet and no real alternative to the cheap and yet good analogue experience is offered yet. Suddenly the Android competition looked a lot more appealing. Maybe I’m part of a very niche section of the market who think for the overprice smartphones we’re offered today, we should demand a near perfect product. Samsung’s skin over Android, LG’s obsession with messing with the camera software on a hardware that can perform much better and Google’s outdated design all failed to impress me. However, there were many signs of promise for the upcoming year.

I skipped another upgrade and my iPhone 6 was starting to show it’s age with a dying battery and yellow tinted display. 2017 had to be the year! Surely I can find something to satisfy my perhaps strict expectations but sadly I felt let down again.

Apple’s iPhone 8 kept the same design which carried over the flaws from the previous versions priced unreasonably high. iPhone X, the so called future, questioned Apple’s declining design language once again and again priced unfathomably high. One could argue our smartphone are much more capable of what they used to be and therefore prone to the increased price tag but when studies show a device like 64 GB iPhone 8 Plus actually costs Apple around $300 to build while it’s sold for $799 and one a system that has already gone through the R&D cycles, you can question the sensibility of these maximum profitability prices offered. Why I would I want to pay that much for a device that doesn’t answer to my design and preferences needs?

Google Pixel was up next and I was getting ready to leave Apple having seen a lot of promise in Google’s first attempt last year post Nexus programme. I couldn’t understand why Google blindly followed in Apple’s footsteps by removing the headphone jack. Who’s asking for that? They turned blind eyes to the customers so I closed my wallet to them. This wireless revolution they are telling us has come it’s nowhere near here and forcing customers to pay for sub-bar alternatives ( and of course priced to their satisfaction – $160 for AirPods and $159 for Pixel buds ) look nothing but a user hostile behaviour to me.

So what to do!? I looked into what other manufactures had on offer but couldn’t find anything satisfying for the price. Samsung has superior design to Apple now and LG’s V30 is a powerful machine of a phone but none are appealing enough to switch platform. Samsung’s Bixby fiasco despite the recent improvements and a dedicated button that you can’t remap, and their insistent in filling the phone with their own 3rd part apps and UI is not what I need from them. LG’s V30 is riddled with display issues and I have a real concern about the camera software after seeing G6 disappointing output. They all seem expensive for the comprises I have to make. I couldn’t believe it! AS someone who is in Apple’s eco system and unhappy with the most recent models, I found myself with only once choice! A three years old device; iPhone 6s! It is still sold via Apple for still a very high price for such an old device, but on eBay I could find it for a more reasonable under £400.

Coming from iPhone 6, it is still a good upgrade with double the amount of ram up from 1GB and faster CPU. 3D touch which isn’t really that widely adopted or used! And a slightly better camera. It does run faster in terms of apps load time and day to day use and for now I am satisfied and feel I paid the right amount for what I got. Needless to say still having the headphone jack played a big part.

As someone who does a lot of photography that even small improvement in the camera matters, but is it enough to convince others who pondering the same concerns to switch?

At first glance the photos from both 6 and 6s look very similar. In fact 6s main advantage is the higher resolution of 12 vs 8. The image quality is very slightly better and the images are rendered with better details but it’s not a big difference. 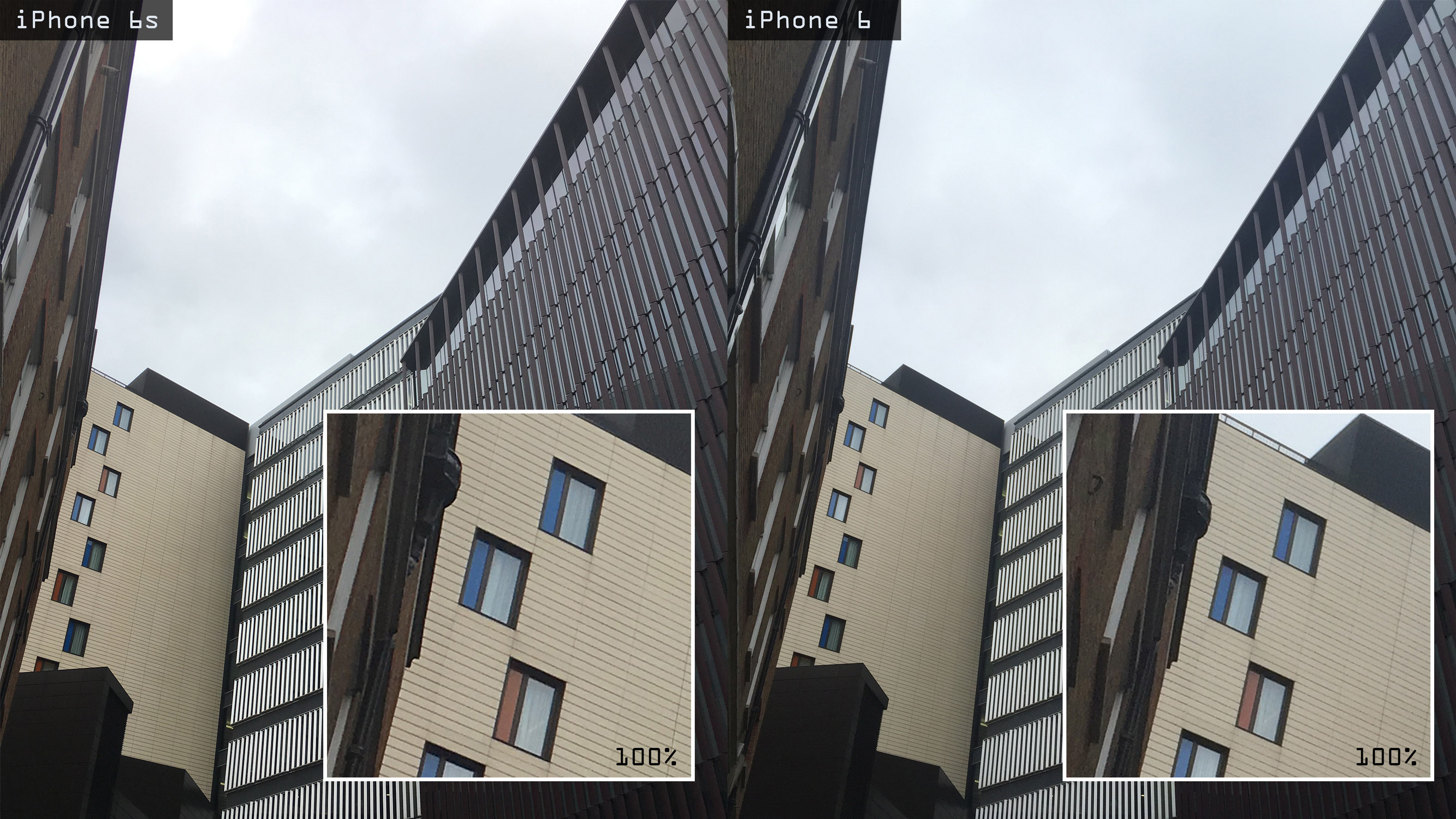 Same in HDR where do you get a better overall output but nothing to brag about. Low light photos paint the same picture, almost the same! 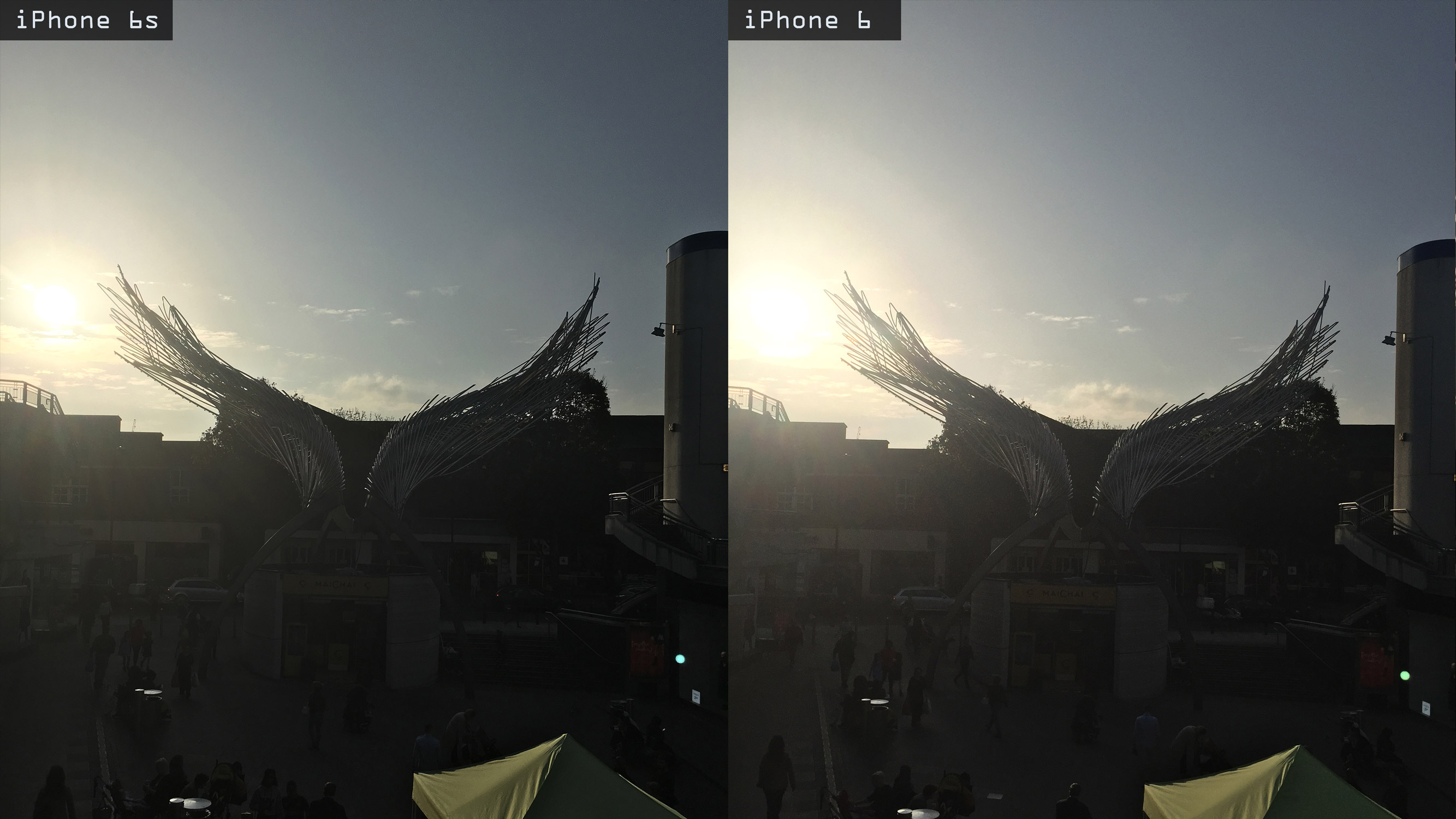 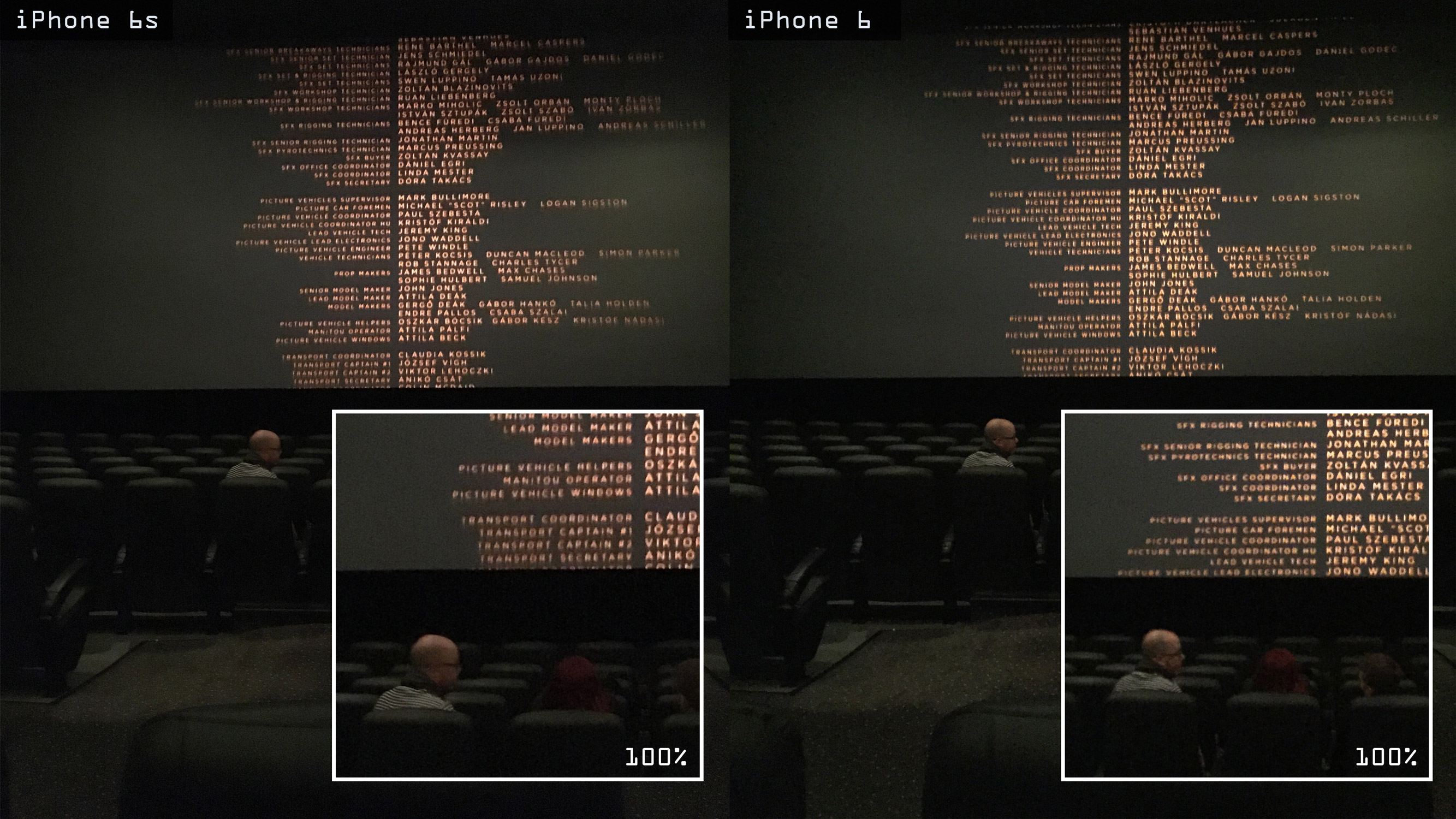 This is where iPhone 6s shines as it’s the first model with this feature offered. Does this really matter? Not for a casual shooter but those more into photography will enjoy the flexibility offered by raw and a more power processor. 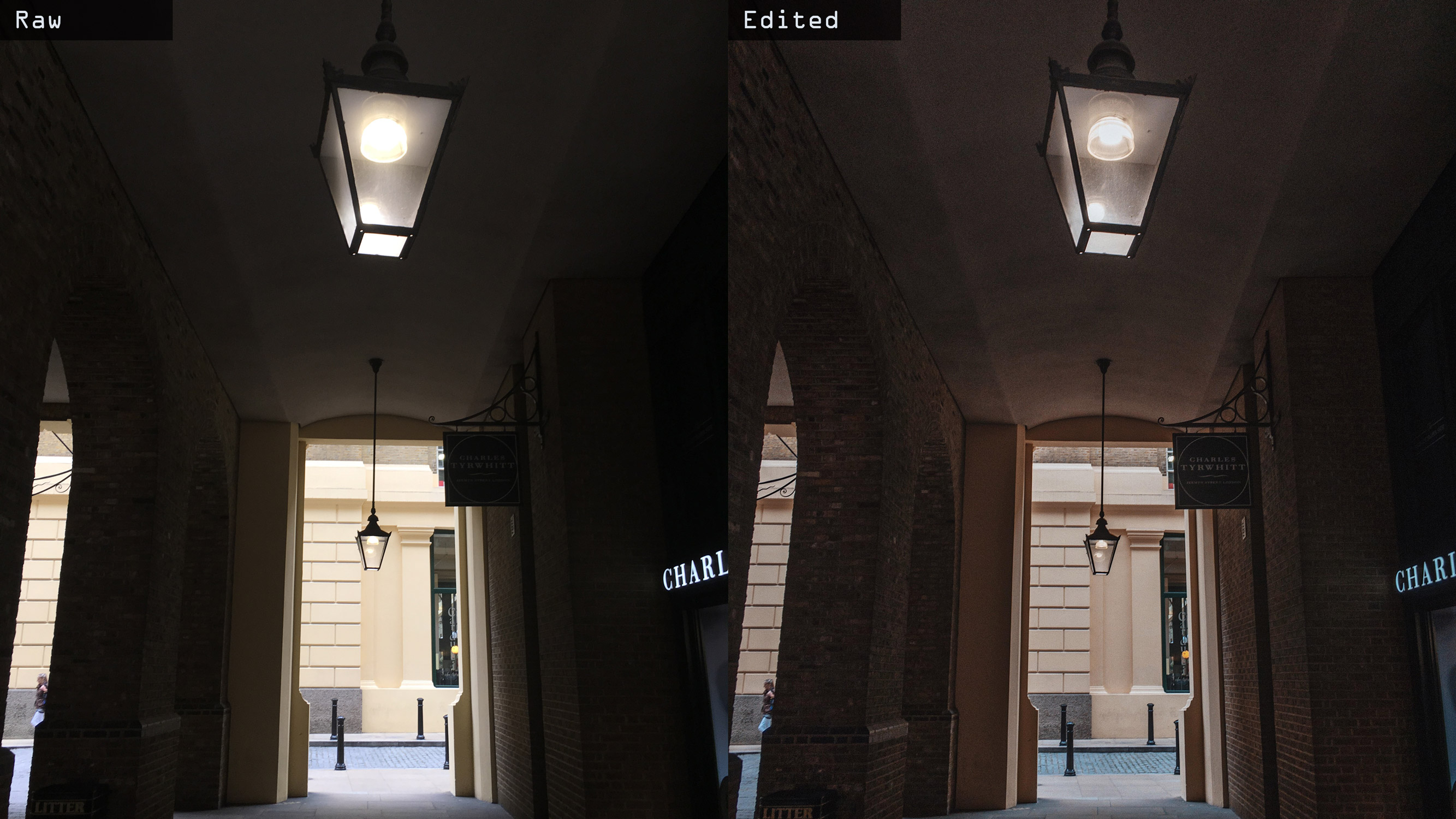 iPhone 6s has been a good upgrade for me at a time that companies seems deaf to the customers. The removal of the headphone jack combined with small iteration in designs or outdated ones have created a scene that a 3 years old device seems a more sensible choice and it’s baffling for me that how easily it could have been for them to produce something that could answer even the very picky customers like me! I think it is important to clarify it’s all about the ration between the price, designs and the features offered. All these photos including Galaxy , V series, Pixel or even iPhone X are amazing devices built with real craftsmanship, but far from where they need to be in terms meeting different parts of the market’s demands. If priced accordingly then I can justify adopting new habits or making compromises on my daily methods for a new device, but would I do that after having paid +£1000? He** no!