I have used Fixpencils many time having no idea that this was invented by the Swiss designer Carl Schmid in 1929. In a visit to Basel (Switzerland) last summer, I discovered a special edition Fixpencil. It was in Papeterie Zumstein AG, a multiple floor stationary shop. What got my attention was the checker shape design of the hexagonal box housing this pencil; elegant and stylish. The shop staff told me that this is a special edition designed by the renowned Swiss architect Marioa Botta. A quick research on him showed why he had arrived to this design specially his rather mesmerising design of the Church of San Giovanni Battista in Mongo, Switzerland. 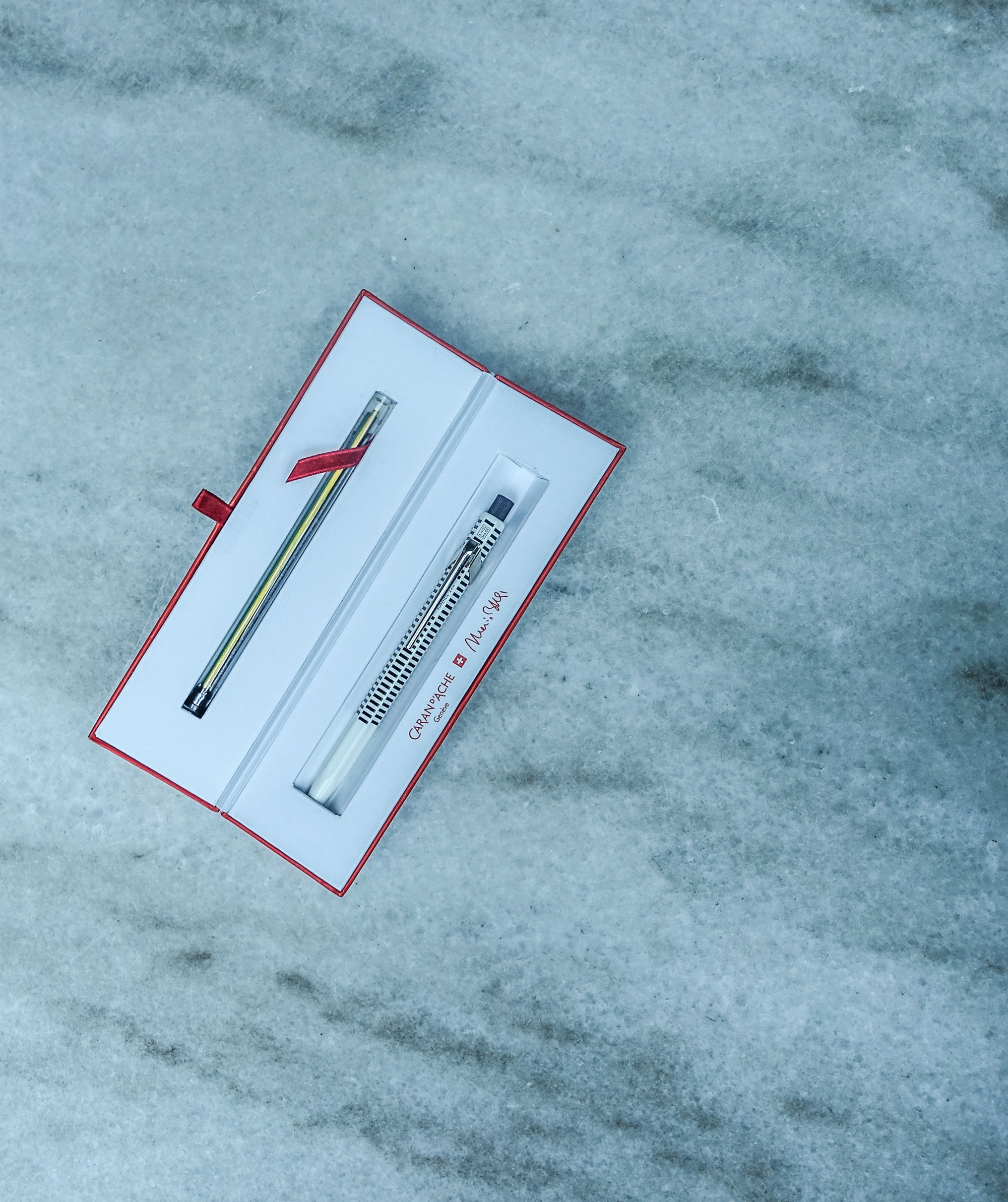 According to Caran d’Ache , the Swedish Art and luxury goods company behind this product; “Respecting the stylistic identity of the Fixpencil, Mario Botta has chosen to emphasise its hexagonal design. His taste for simple and easily identifiable forms has given rise to a “chessboard” pattern. The black and white rectangles juxtaposed on each side immediately draw the eye to the pencil’s hexagonal shape. Faithful to the technicality of the Fixpencil, Mario Botta has given the pattern an additional function: it can be used to take measurements as five adjacent rectangles are equivalent to 1 cm.”
The Fixpencil Mario Botta

is made from aluminium & available in white & black bearing the architect’s signature. It comes with a graphite B lead & accompanied by four water-soluble leads; red, yellow, green & blue. It’s a beautiful thing!
I couldn’t help but to be fascinated by Mario Botta’s architecture designs. So much so that I decided I need to go see some of his work close up! so I travelled to Lugano, where he had setup his business in 1970s.  I planned to see two of the churches he had designed in Mogno and Monte Tamaro, both reachable from Lugano via train and buses. Main objective however was the Church of San Giovanni Battista. 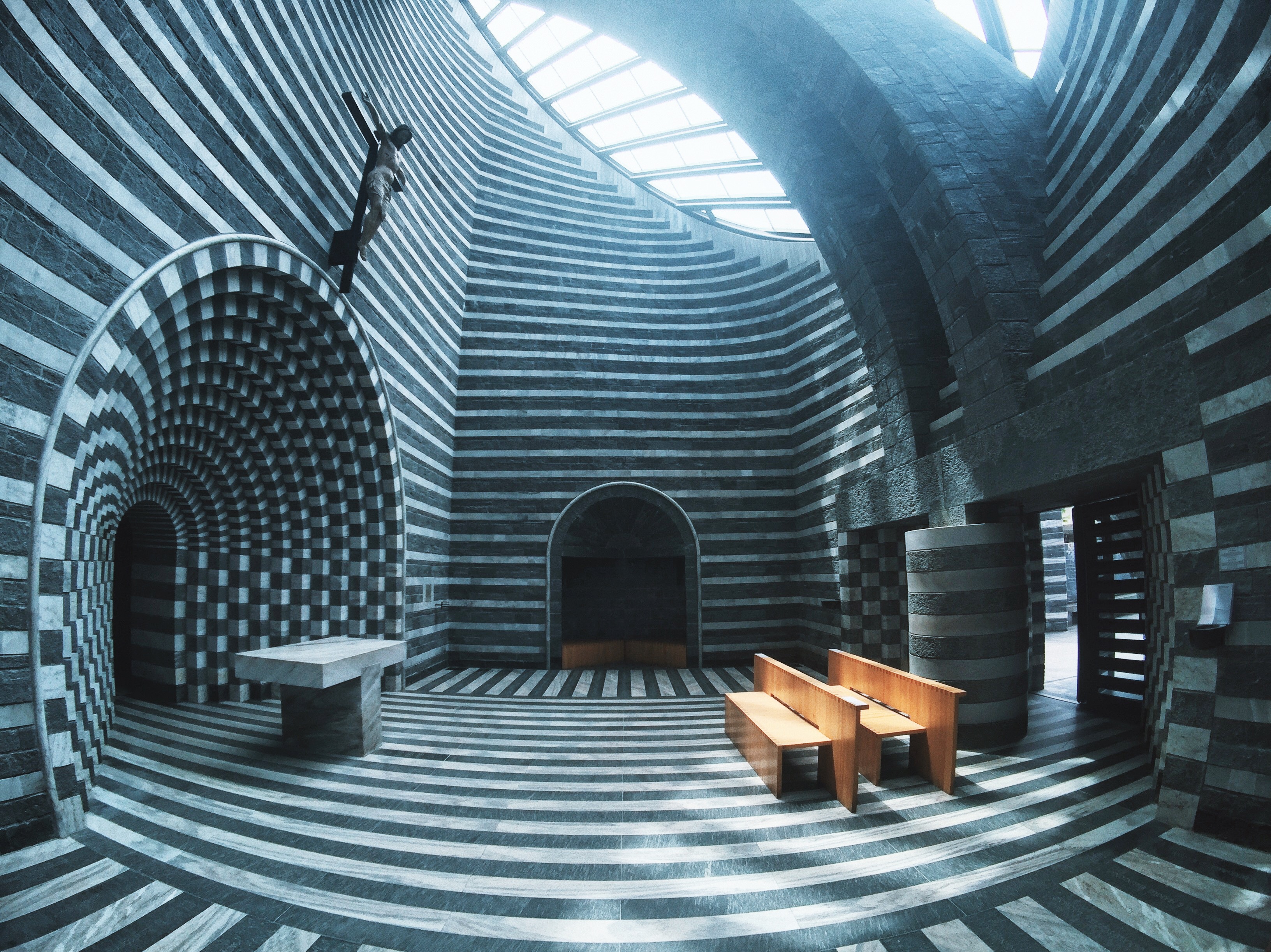 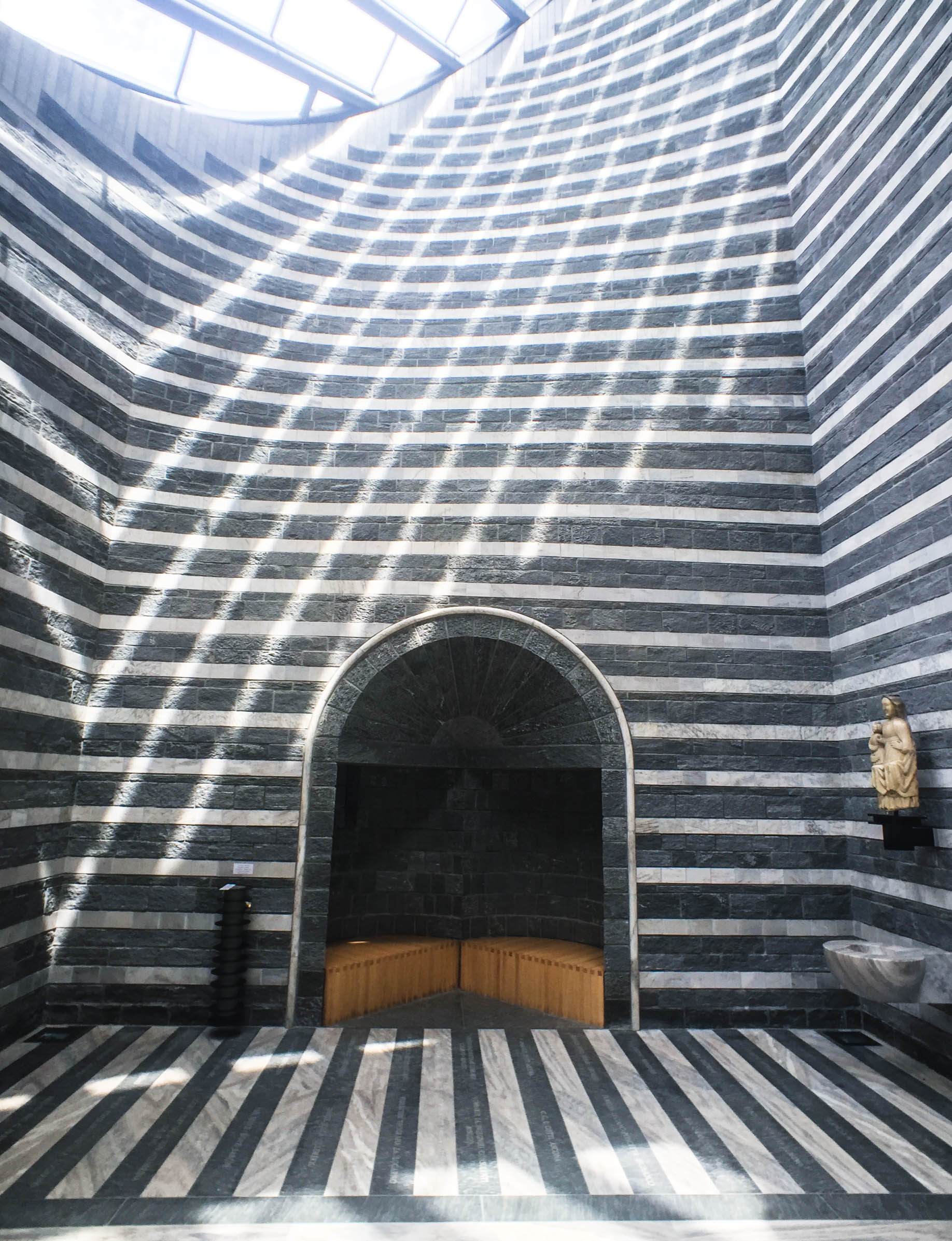 century church was destroyed. From 1992 to 1998, Mario Botta designed a new church that was built on the original site and with the same orientation. It was raised on an elliptical base in the outside and squared in the inside with an inclined circular roof top. The height of the church corresponds to that of the old bell tower. The materials used were gneiss, marble, iron and glass. What is breathtaking however is the inside. A symmetrical design consisted of alternating bands of white and gray and two wooden benches adding a nice contrast to the monochromatic interior. It’s a fairly small space that encapsulates the viewer and sends them into a different dimension.

I arrived early in the morning after a 3 hours journey and had the church to myself for hours. Inside was cool and quiet and I sat in different corners looking at this beautiful creation. When the sun came up, the shadow cast through the glass roof created opposing lines that added the atmosphere of the interior by announcing a sense of presence. It’s hard to describe with words but you can see in the photos how rather alien this place looks. I’m happy Mario Botta designed this fixpencil! I doubt I would have ever found this amazing church otherwise.

I also visited another work of his, Cappella Santa Maria degli Angeli, located near Rivera-Bironico. This one is easier to reach via a cable car on top of Monte Tamaro. Featuring a similar style of contemporary design and symmetrical in everyway, Cappella Santa Maria degli Angeli feels very much part of the landscape with the way it extends forward towards the valleys creating a new horizon line. It was built from 1992 to 1994, circular inside with a bell placed between the top roof and the chapel’s roof.

I’m looking forward to visit more works of Mario Botta which is spread around the world from Italy to France and even USA. Architecture has a deep connection to design and when used to express emotions, taking full advantage of light and form and therefore liberated form a purely functional notion, can have a long lasting effect in our lives. Thank you Mario! 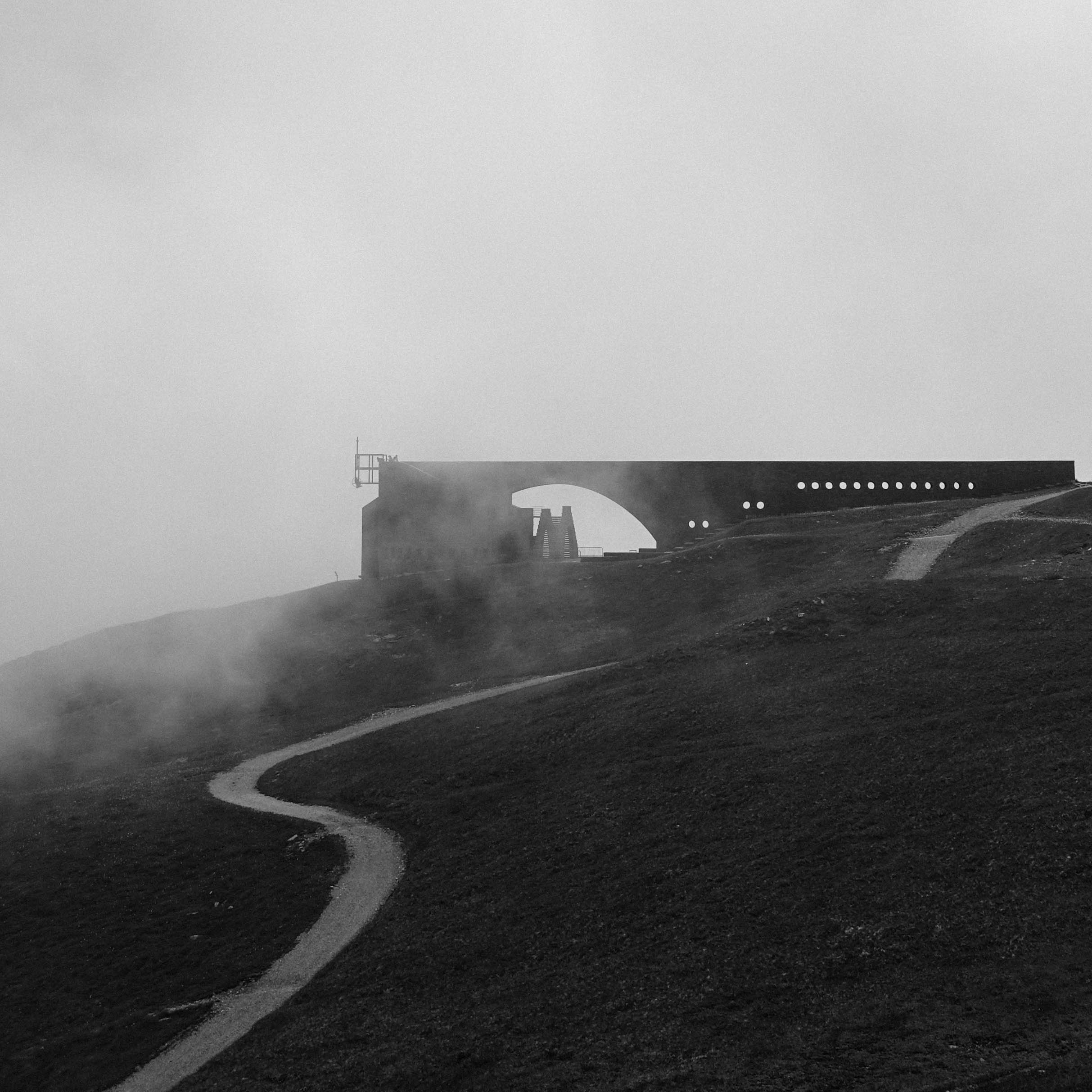