It’s hard not to enjoy any film that has David Fincher’s name attached! His involvement guarantees a certain level standard and in a way he is like Tom Cruise for me! I know anything produced with their involvement will get your money worth! It doesn’t mean you’ll be watching something unique and amazing, but you will never come out thinking I didn’t have to pay for this!

Gone Girl is one of those films for me. I knew David Fincher will deliver and he did. For about 150 minutes I was happy to be there and watching it, but for some reasons this is not going to be one of his works that I will remember and go back to for more viewings. I’m trying to analyse why I feel like that here.

The way everything is setup and structured is very fluid,coherent and smoothes your way into the plot. It’s not exactly A to B, but it feels like it because of how the narrative is structured unfolds. You quickly get exposed to a lot of information but it follows the simple one at a time rule, which lets audience run the parallel events in their mind and find the clues, as opposed to break everything down for them Therefore, as you are watching, your subconscious feeds into your viewing and connects the dots for you and halfway through the film you have formed some opinions about the characters and where the story is headed, effortlessly.

What helps the structure is also the overall pace of the edit. The movie never feels too long and you never get bored! nothing feels rushed but at the same time there’s a lot happening. 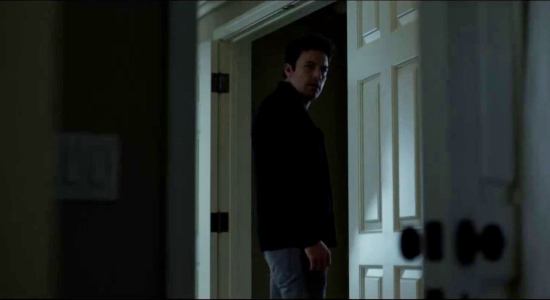 Fantastic compositions and cinematography is simply to be expected from a Fincher film. Gone Girl makes another collaboration between Fincher and Jeff Cronenweth, who’s been his cinematographer for a number of his films including Fight Club , The Social Network and The Girl with the Dragon Tattoo (he is also the son of Jordan Cronenweth, Blade Runner DOP). Although I was sad to see yet another failed chance for him to work with Darius Khondji again (Se7en,Panic Room), Gone Girl showcase Fincher’s mastery in framing a shot once more. 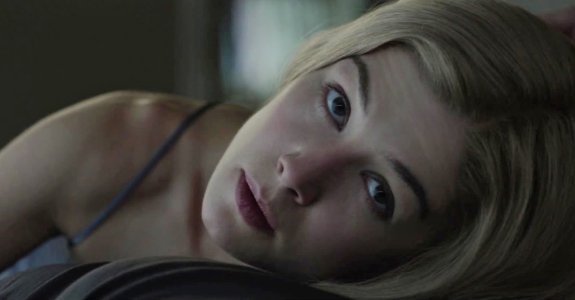 Overall the performances are pretty good. All the secondary roles are played quite efficiently, but the special mention goes to a very interesting portrayal of a psychopath by Rosamund Pike. Her expressions, her eyes and the way she was changing in different stages of the story were quite remarkable. A person who is going through different mental stages, insane but with moment

s of becoming or trying to be normal. She held everything together for me performance wise.

Although I liked the structure of multiple endings and the twists, and something that is not unique anymore but I still like from the story telling perspective, which is starting and ending using the same shot, I kind of lost interest towards the final third of the film. Not that I wanted to get up and leave! but the story lacked any punch and it didn’t matter what could happen next! As if not matter what happens, even if you couldn’t anticipate it, was predictable! this was enforced by the ending of the film that was kind of finishing things on on a low note. 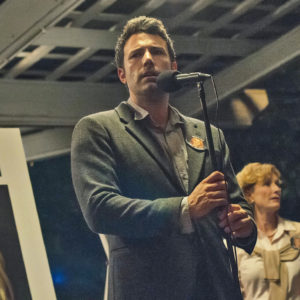 Ben Affleck has never been one my favourite actors! He has grown a lot of over the years and before I’m not sure if I even could call him an actor, but in this film his performance just seems a little wooden and coached, just too efficient without any extra effort on his side. It felt to me someone was telling him what to do every minute of the film: “ok Ben now sit down, look at your left, then right, gasp! and smile” Nothing seemed to come naturally to him, but because he followed all the instructions given and the script, he was adequate! Also I’m not sure if casting Neil Patrick Harris for the role of the creepy ex boyfriend was the right call. Apart from the problem of trying not to remember his character in How I Met Your Mother TV series, he was just not convincing, both his acting and his physicality.

Ok this was perhaps my biggest problem and what made me constantly aware of watching a film! It hardly happens to me when I fail to suspend my disbelief. I’m usually fully immersed by the world of the story and that’s one of the things I love about movies, but Gone Girl never let me fully in.

I think the main reason for it is how clean and neat everything looked.  It is shot perfectly and looks gorgeous, but for a dark story there’s just too much fill light! Even Ben Affleck’s character (Nick Dunne) dad’s house which is supposed to be abandoned and messy, somehow doesn’t feel that way. The hideout flat for Rosamund Pike (Amy Dunne) also seems to be very dusty on her arrival, but still doesn’t look dirty! All the locations, cars, even people … all just looks so clean and perfect, as if you are looking at a catalogue! I can appreciate maybe this was all done on purpose, to make everything feel as if they are on display for everyone to see at all times! but after reading some interviews with the director and DOP that doesn’t seem to be what they were going for. It was just a strange feeling I couldn’t shake. On the plus side this look helped creating an icy feeling and a sense of isolation that worked for some of the sequences.  I even felt it could have benefited from a little grain! 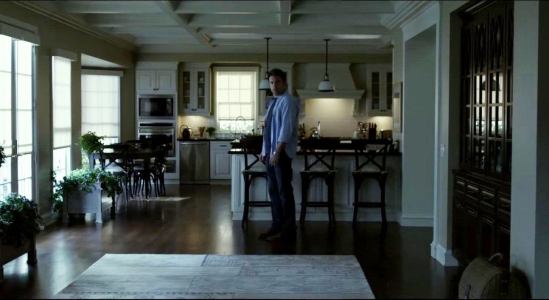 Neither worked nor didn’t!

There’s a soundtrack throughout the movie that became very noticeable for me. A repetitive tone, like an echo or something on repeat,  that I don’t understand its purpose of. It was not strong enough to add anything to the scene at all, maybe that was the point! but I just found it very odd. The whole soundtrack had a touch of mystery to it and felt very ambient.. but everything kind of sounded the same. Listen to the soundtrack to see what I mean and the repetitive one is called Sugar storm.

As I was writing this I was able to better see the aspects of the film that weren’t working for me and those I liked… but the funny thing is now I don’t mind watching it again to better understand some of the choices made! The film tells this two nonlinear but parallel journeys of these characters and their psychological and emotional demise in a very fluid and coherent manner, but just lacks a little punch to make it to the finish line. This was yet another good ride with Mr Fincher, maybe not the most memorable one.