Project: The Martian (2015)
My Role: Compositor
Company: Framestore
Time on the project: 8 Weeks
Individual Shots Completed: 7
Total of the shots involved/helped to completion: 10 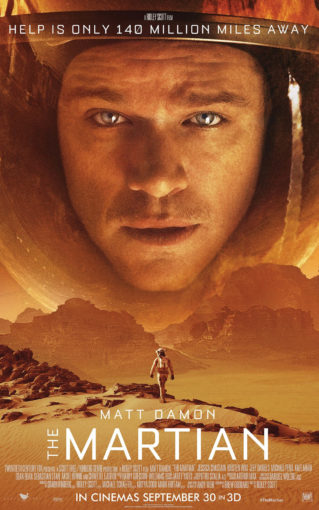 Say what you will about Ridley Scott’s recent films, but the man is a world making master. He knows how to make things look spectacular! Even the most die hard Prometheus critics, still praised the movie’s visuals. If you are willing to dig even dipper, all you need to say is “Blade Runner”! Suffice to say I was extremely exited to be working on Scott’s latest project.

Despite the escalated release date to avoid the clash with Star Wars : The Force Awakens, perhaps a wise choice, which had an impact on post production, the movie went on to be one of the most successful Hollywood’s offerings of 2015 and short listed for VFX Oscar.
Framestore’s involvement included many exterior and interior shots covering set extensions and fully CG environments including Mars itself. I did a bit of everything and luckily even worked on one of the wide shots of Mars.

Working on a native stereo project means you are welcoming many unwelcomed issues! but thanks to the process called “Triage” these issue were minimised to a large degree. All the source plates were colour marched, vertically aligned and cleaned up first and that proved to be a great help pushing things forward much more efficiently. Compositing supervisor, Bronwyn Edwards, played an important role in the triage process and I hope this will be adopted in the future projects. It’s worth mentioning colour matching can produce a lot of artefacts in green/blue screens and often it works better to either do a special version for the purpose of keying or just use the original plates. The project was supervised by Chris Lawrence at Framestore who has the experience of working on Gravity under his belt and knew his way around space very well! another factor that came to our help in the limited time we had to work on this project.