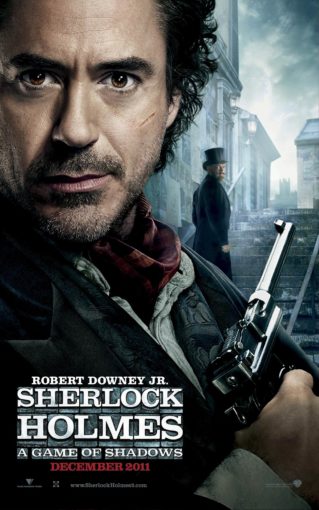 Sherlock Holmes: A Game of Shadows was the third project I worked on at Framestore. Having settled into Paint & Roto, I was looking forward to take on new challenges. One of the biggest vfx shots of the show was the waterfall scene where Sherlock and Moriarty jump off a balcony and fall down alongside a huge waterfall. Framestore created this fully CG environment and I was one of the many people who worked on it. I did a little clean up as well as replacing the back of Holmes, where he was held with a robotic arm, with a CG waistcoat, my very first mini comp work! See more of my work on Sherlock Holmes: A Game of Shadows below.