He was walking, towards the bus stop, but it didn’t feel like walking.
Waiting for the bus, it didn’t feel like waiting.
It was as if he was constantly on the move, and he was.
The time was passing by regardless of his state and he was travelling with it.
There was nothing constant – a minute later seating on the bus,
Looking at the people around, each drowned in their own world.
He took his sketchbook out and made a quick drawing of the girl by the window,
now he had a constant! a moment captured in time and space. 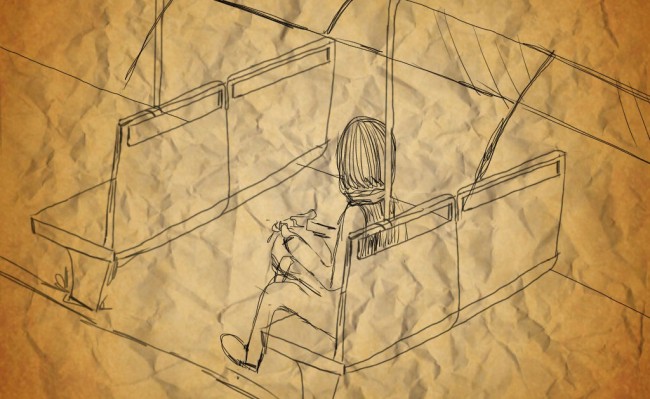 When he got off the bus he gave it to the girl and walked away,
He realized he doesn’t want to keep anything constant with him,
He was passenger, a passenger of time.